With Valentine’s Day around the corner, I thought a post about heart charms and pendants would be in order.

The Heart – An Ancient Symbol

The heart as a symbol was used as far back as 10,000 BC, although scientists are not exactly sure 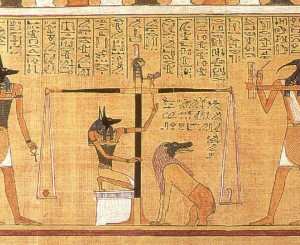 what it symbolized at that time. In more recent civilizations, it was long believed that thoughts, reasoning and the soul were housed in the heart, and in ancient Egypt, the heart was not only the center of life, but morality and character as well, and your heart was judged to determined your future in the afterlife. The Egyptian Book of the Dead illustrates how after death, a person’s heart is taken to the judgment area and put on a scale opposite the feather of Maat. If the heart was lighter than the feather, the person was all set to enjoy whatever came after, but if it was heavy with sin, the heart would be eaten by the demon Ammit and the person would cease to exist. (so dramatic!)

But why is the heart symbol shaped the way it is? It doesn’t look anything like an actual human heart. And why do we associate that shape with love?

There are many (possible) explanations: Some say it’s because it resembles several different female body parts (use your own imagination here); some claim it is because of a vision Saint Margaret Mary Alacoque had in the 1600s (although that one doesn’t really hold up, because there are stained glass windows with heart symbols that way predates that – maybe she was just commenting on the decor!); it has also been suggested that it’s the heart in the Book of the Dead that inspired it (although I personally think that looks more like an urn or sometimes an actual anatomical heart, but…).

Then there is the theory of the Silphium plant. The seeds from this now extinct variety of wild

fennel are shaped just like the heart symbol we use today, and they were widely used as a natural contraceptive. The plant grew in Cyrene (an ancient Greek colony where Libya is today), and was a great source of income for the area. It was extensively commercially traded and the seed pods were even depicted on their coins. It also had a slew of other health benefits (Pliny the Elder wrote that it could be used as an antidote for poison, re-grow hair, cure leprosy, sore throats, etc.), and unfortunately, demand was larger than supply, and it was picked to extinction.

And why it’s associated with love – well, we all know what the heart feels like when you’re in love (or going through a breakup). No mystery there.

Time for the visual part of the post – my selection of some favorite heart charms and pendants: 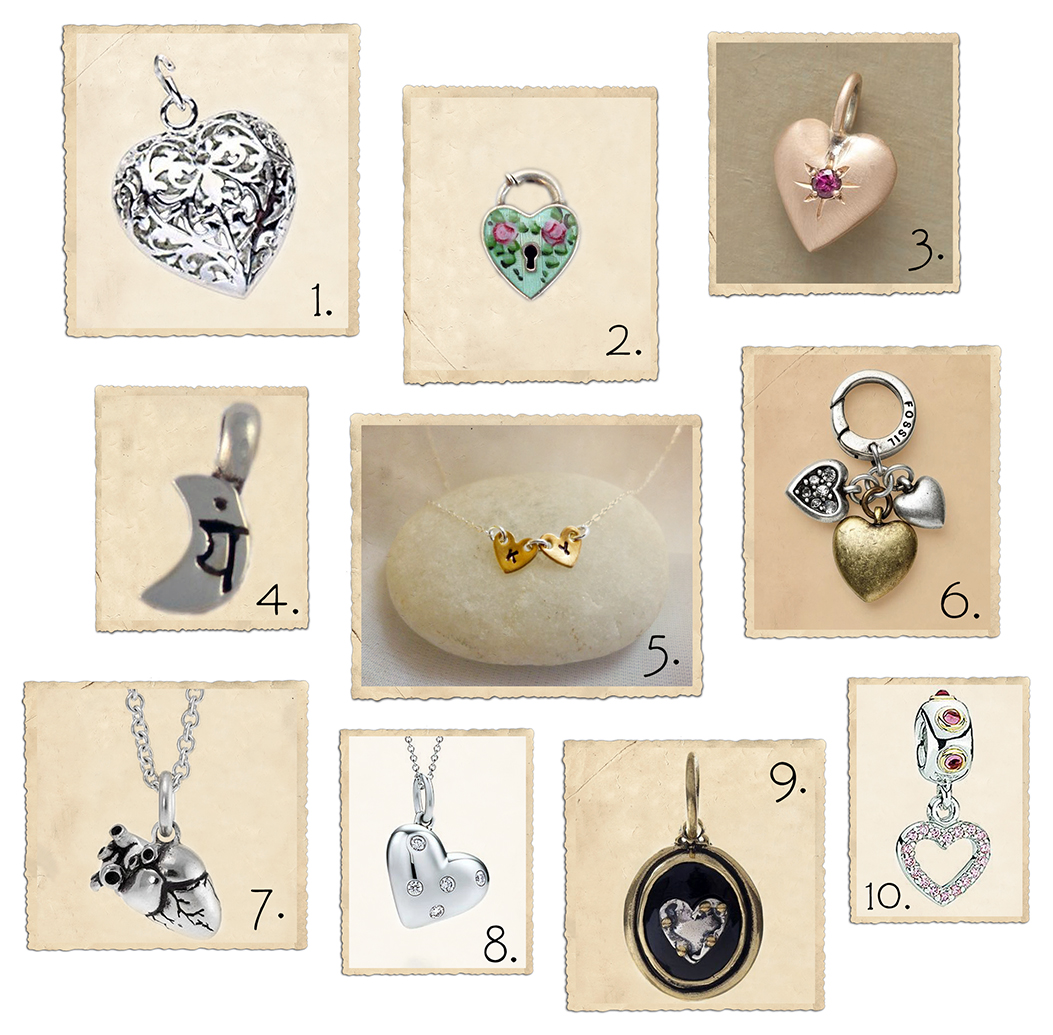 3. 10k rose gold charm with set with a red stone (they label it garnet, then say it’s labradorite in the text. Red labradorite has been much debated and a source of both great controversy and lawsuits in the professional gem world. I just wanted to mention that so you can make an informed decision about the piece. Regardless of the quality of the stone, I like it, and I think it’s pretty, so I included it). From Sundance.

6. Brass and silver-tone base metal charms by Fossil